The History of Supply Chain Management 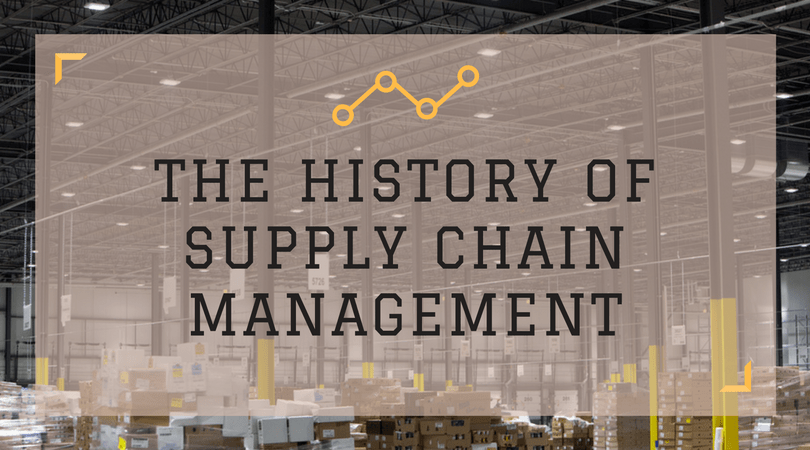 Today, supply chain management (SCM) is the oversight of all processes that occur from suppliers to manufacturer to wholesaler to retailer to consumer. It is a complex process that involves a great deal of global networks, but how did we get here? SCM was not always such a vast project.  In fact, SCM used to have a basic focus of improving simple, yet labour intensive processes. To understand SCM today, let’s go back through the years to learn how these processes came to be.

The roots of SCM stem from a man named Fredrick Taylor, who wrote The Principles of Scientific Management. This book came out in 1911 and was focused on how to improve individual manual processes. In 1940, the theories from the book were further developed when the importance of process analysis became clear during World War II. Later, in the 1940s and 50s, the focus shifted to the mechanization of processes using systems such as pallets and pallet lifters and later into transportation management where intermodal containers were developed. This marked the birth of the global supply chain. By the 1960s a trend had emerged that involved more focus on transportation that took less time, such as trucks as opposed to rail. As a result, firms started focusing more on warehousing and material handling in order to speed up their supply chain processes. The main shift, though, came in the 1980s thanks to the rise of personal computers. This opened the door to new technology used in warehouses, creating huge improvements for logistics planning. At this time, there was also research into the automation of material handling and executives began to realize the complexity of the industry.

Globalization and the 21st Century